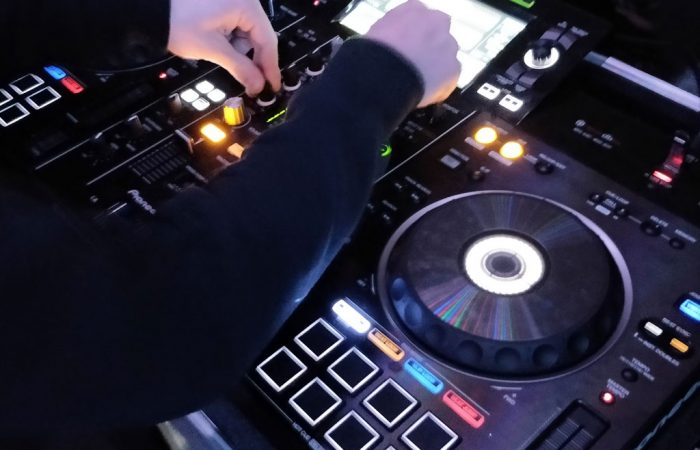 This is my own made up saying. This is where DJ’s play songs so quickly (for a short length of time such as just the chorus or 10-20 seconds). Now, I admit that I too in the past I had my moments of doing the same in London clubs I even once got an email complaint from a customer to the company (about 4years ago) that hired me and I’m not ashamed to admit it. Because you learn from your mistakes!

At first when told about the complaint I was annoyed however I still took that as constructive criticism. So, since then I have let songs play for amount of time longer and even though I have the next song ready in the mix to play within 10seconds I take a step back and wait and let the punters enjoy (and I have found that they REALLY do enjoy it more!).

After that complaint I went to many different London clubs to see if I was wrong or if that person who complained was wrong, to research and prove my theory. I asked customers what they thought of the nightclub DJs (some where even very big name DJs). I never said to the people in the club “I’m a DJ” or anything just asking their point of view as a clubber and they all said the DJ’s don’t let the songs play. I then proceeded on to watch the DJs in the booth and they all seemed to be their own worlds except for the broken moment for a camera snapshot from a customer or the hired photographer a shot. Now don’t get me wrong they were good I’m not hating, I was just doing what my job requires. – listening to other DJs and customers opinions and guess what THE CUSTOMER IS ALWAYS RIGHT!

The DJs were good: all clean mixing and just right amount of scratching and good song selection for that club. I was watching them and noticed a similar pattern, serato face then… the crowd then decks, serato, decks serato – get the song on….that everytime the people got into the track you could see them getting all hyped and built up just for the DJ to kill it with quick mixed track.

So those interested in playing in London clubs who mix mega quick – you will need to let go of the QM syndrome. I had to! We have to play to what the customer wants at the end of the day. Djing was all about taking people on a journey for me, sadly  things have changed a little in the commercial London bar / nightclub scene and I may have sold out. But still, as long as I make people happy in the night that’s a good enough journey for me to take them on. Remember, playing songs and cutting them too too short doesn’t work here, don’t cut them when their enjoying simply because you have the next song all ready to go… I know I won’t be doing that at my London new years eve parties set.