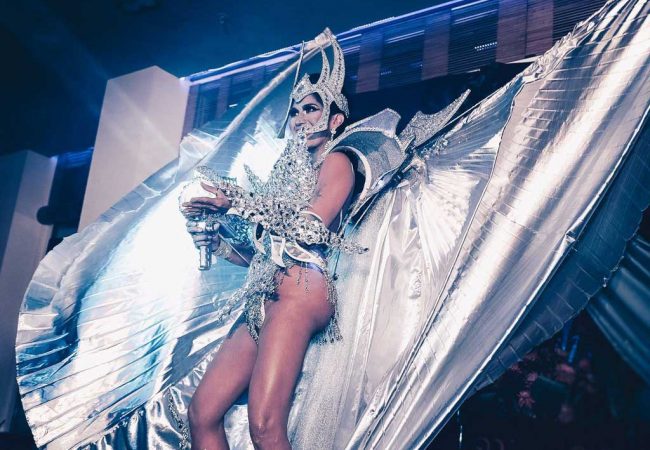 After hearing one of our DJs at a London nightclub in 2013, we received a call from the venue to help them organise their annual Mango tree Ladyboy competition pageant with a disco after party. We have then been supplying our event services every year since.

Requested set up for the fashion show catering for 400 guests:

The event is naturally catered for the LGBT community as well as ticket money being donated to prize winner preferred choice of charity.

The ladyboy event is annually hosted by Angie Greaves Smooth FM (one year also hosted by Gok Wan). The event(s) runs from 7 pm-12 am and required our team to set up at 1.30 pm. The event feature international ladyboys from pageants across the world.

Doors open at 6.30 pm and the actual Mango tree Ladyboy competition fashion show runs from 7.3-9.30pm. The judge’s score whilst our professional DJs mixed the music seamlessly live during the fashion show. Our DJs play quick-hitting songs for these types of shows – just one verse mixing them continuously, with no stop and starts to ensure that each model had an even song time each.

The volume was lowered for when the contestants made their 30-second speech. Angie Greaves Smooth FM would always be hosting, calling up contestants and hyping the crowd (although much was not needed in any case).

As LGBT crowd naturally; 80s, 90s pop, disco, and top 40 tracks were on the go the crowd clapping away relentlessly.

The words of Angie Hargreaves from the first event “I had not heard DJs mix music so perfectly with so much skill!”

We also are on hand supplier for all the other Mangotree events and venues (including sister venues).

Here's how It Went Down

Warning may show people having fun….